Food duets are a passion of many and fried chicken and waffles are the one of the greatest I've ever had the luxury to feast upon.  I remember that first time at Roscoe's, the glory of fried fowl and dough accompaniment, getting that maple syrup all over my chicken, and sweetness and savory joining hands to blast away all my preconceived notions of how I live my life.

So taking all this in mind, how could I not love Astro Doughnuts & Fried Chicken!  It makes chicken & waffles a new total finger food because you no longer have to bring sweet into the mix with maple syrup forcing you to begrudgingly employ a knife and fork so as not to create too much a disturbance in public.  You can now marry savory and sweet with a handy, sugar encrusted creation that allows you alternate chicken and donut bites, or just have the donut after the chicken as a little dessert, or surprise yourself by losing track of what you're going to bite into next.

Astro's is only a ten minute walk from the Mall in D.C. so it's really in a great location.  I know they get a really great conglomerate of customers in that place.  And it's a small, simple storefront that makes for great "grabbing and going". 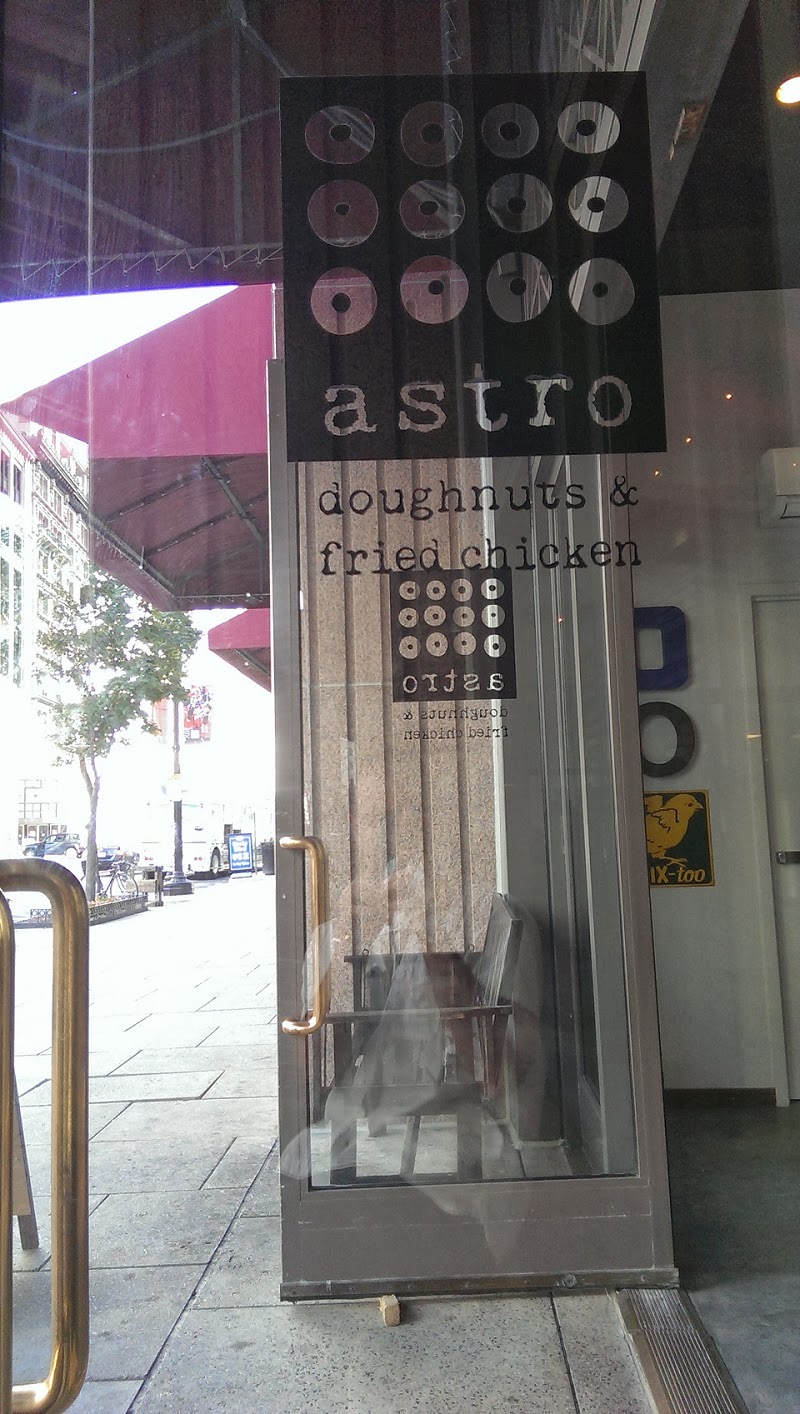 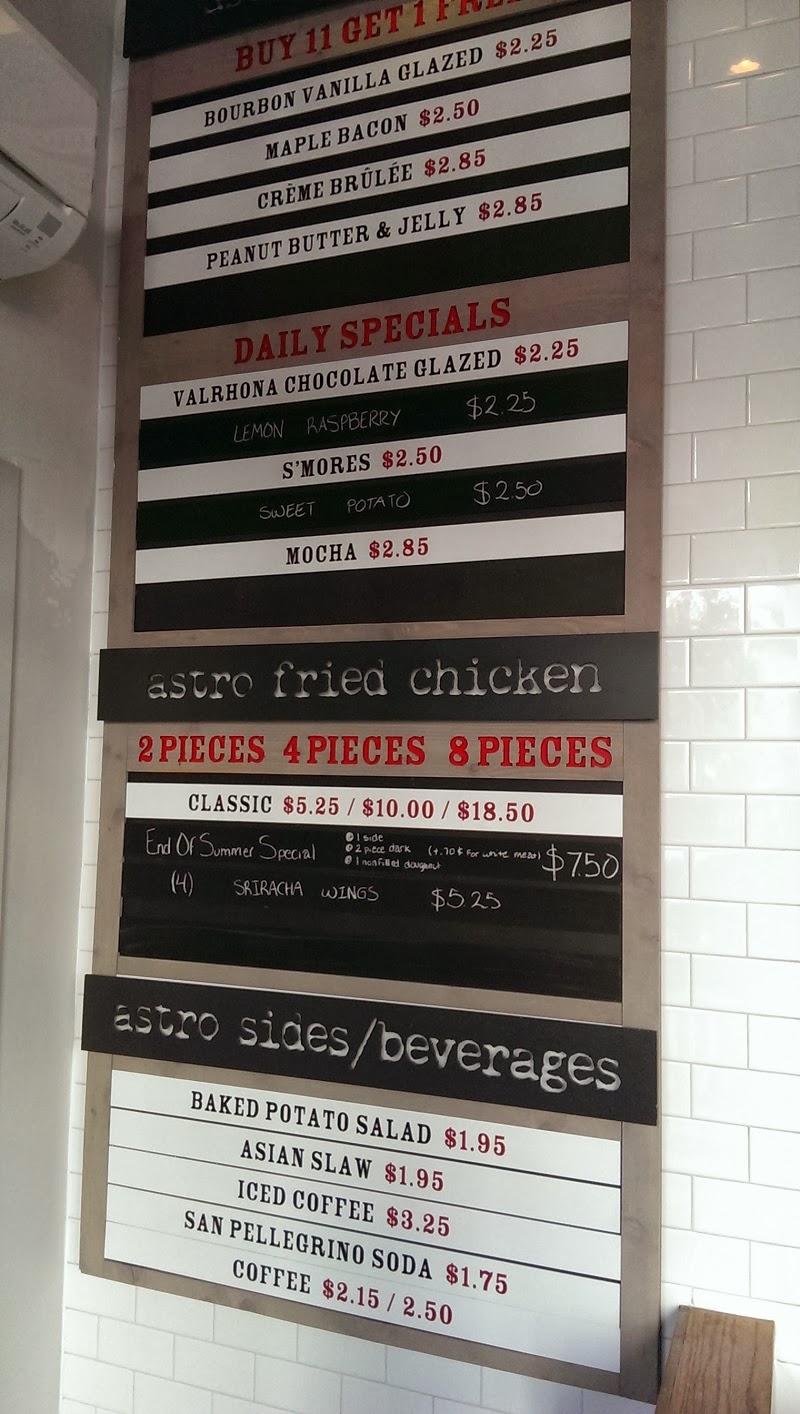 I went for the 2 piece dark chicken set of leg and thigh with the Bourbon Vanilla Glazed donut.  Now the fried chicken is not "crispy" style, it's got a little in there but this is more in the realm of well seasoned, keep the chicken juicy and succulent.  And that was a major plus for me, I really didn't need to have another piece of super crispy, bone dry version of what once was a chicken.  I could really eat this style fried chicken all the time. 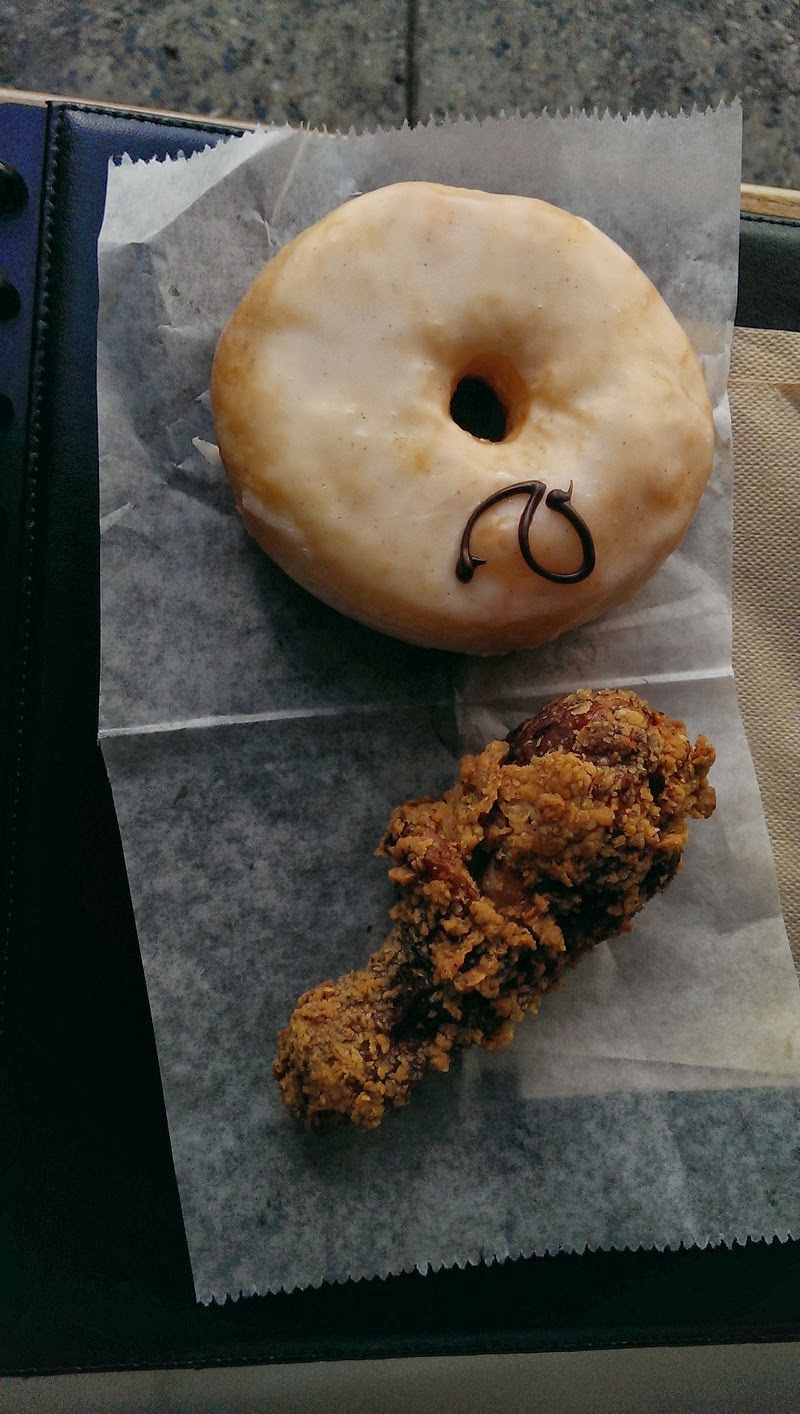 The Bourbon Vanilla Glazed was pretty heavy despite being more on the traditional vs cake side of things and I felt that ring of goodness was just saturated in sweet cream and glaze.  It was super sweet, it really did have a touch of bourbon in the flavor, and it was a really good portioned donut.  They have a great concept going with a good standard set of donuts available everyday and then daily specials that can really spice things up. 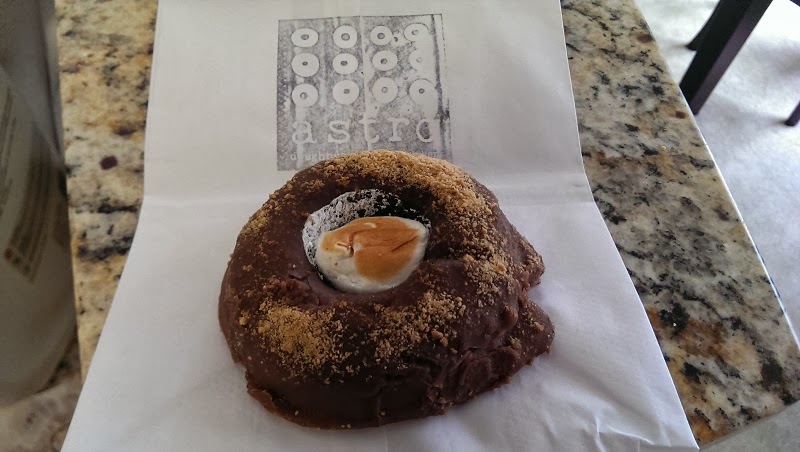 I got the S'mores to go and that was even better.  I had to see what their chocolate was like and it really brought it home for me.  A real "bite" to the chocolate, it really woke you up, and the marshmallow in the middle balanced it perfectly.  This is a donut of the cake variety, and dense like the vanilla glazed, but it is one of the best.

Quick Score - 10 - I'm in heaven!
Donut Quality - 9 - Great cake creations
Donut Selection - 8 - Obviously, a gigantic selection is not the point, but mixing up daily specials adds another element, although I can imagine craving a Monday donut on a Friday.
Donut Freshness - 10 - Really fresh, I think they're well setup to never serve an old donut.
Service - 9 - It's great, fast service,
Extras - 9 - Sriracha Wings!  No seating, but a couple benches outside.  Lots of parks around for eating too.  They also did specials for those effected by the Gov't Shutdown
Appeal -10  - That's a big "one-oh" on the chicken/donut combo.
Emotion - 10 - I was really, really happy
Other's Rating - 8 - Great reviews online, some people knock it down but I'm not buying it.
Price - 7 - A little on the pricey side but hey, this is D.C.
Donut Dunkability - 8 - No donut holes available that I saw.  They serve really good coffee there though.
Total - 88
Posted by "Memphis Worley" aka Ben Nemceff at 10/16/2013 05:11:00 PM