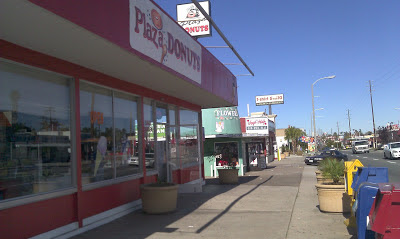 I headed down to National City to begin my South County canvassing effort and get some knowledge going on the donut situation there.  Plaza Donuts has a great location on Highland Ave. where they have been for 22 years.  They have giant windows in the front and a terrific seating area.  I'd have to say it is great with those huge windows which I really liked looking through while feasting on donuts.  Everything about that stretch of the street feels like classic SoCal architecture. 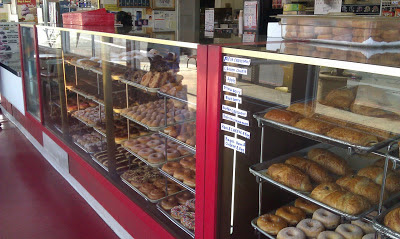 They have a very impressive donut display case with some impeccable stacking and displaying.  It just looked so freakin' beautiful.  What I would give for the chance to take one bite from every single donut in that case.  They looked super fresh and happy for the chance to get in my stomach. 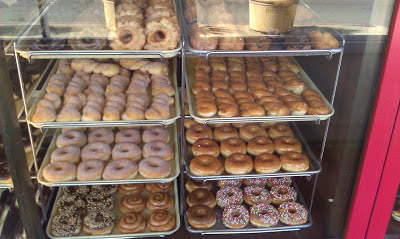 They do regular glazed donut holes and I felt like they way they clumped together in a mound in the case, they were superfresh, they had a little sticking together going on, like they didn't want to be separated from their friends.  Then my main course, a thick glazed donut with a stripe of apples and their filling going down the middle.  The apple filling began at the top of the donut and went down about half way into the donut.  Talk about an apple pie donut!  This was it!!! 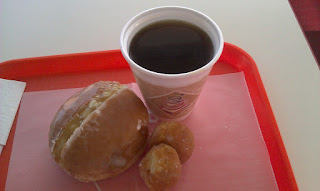 I should try it a la mode which is possible because they serve ice cream too.